TADELAKT HISTORY. A NEW BATHROOM DESIGN TREND THE WORLD OVER, FEW PEOPLE REALISE TADELAKT HAS BEEN AROUND FOR CENTURIES 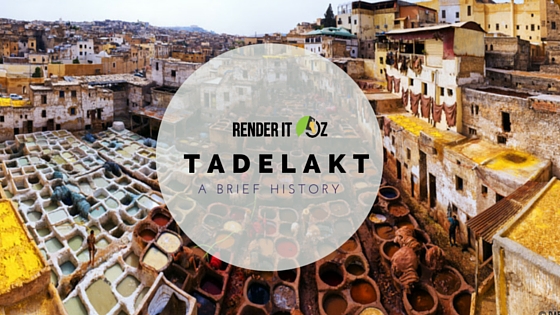 ORIGINATING AROUND 2,000 YEARS AGO, THE HISTORY OF TADELAKT CAN BE TRACED BACK TO THE NORTH AFRICAN COUNTRY OF MOROCCO.

In his book titled Tadelakt, Michael Johannes Ochs says Tadelakt, which roughly translates to ‘kneaded plaster’ was being used on house facades and interiors in the old city between the Koutoubia Mosque and the Bahia Palace around 2,000 years ago.

It is thought the Tadelakt technique originated here. (Ochs, 2007)

Defined by rounded curves and simple lines, Moroccan architecture clearly defines the smooth lines and curved finishes that Tadelakt is known for.

Thanks to its water repellent properties, Tadelakt was known to be used to waterproof traditional Moroccan water jugs or cisterns and later used in traditional public bath houses. (Bryce, 2008).

The finish was then seen to be more widely used on the interior and exterior of Moroccan housing and continues to make an appearance in modern Moroccan architecture today.